What the Family Colors of Your Crest Say About You If you’re into genealogy, you’re probably familiar with your family crest, or coat of arms. These designs were originally displayed on knights’ shields, representing the knight or the king he represents.

Eventually, the crests came to stand for families, counties, and even countries. The colors on each crest have different meanings, telling a story about how the crest came into being. Understanding the colors behind a family can help you understand what that sheild represents. In a family crest, gold or yellow tells the story of wisdom and generosity. This family crest belongs to Kate Middleton, Duchess of Cambridge. It was designed for her when she married Prince William, and in this case, the gold also represents her mother’s maiden name: Goldsmith.

It’s probably not surprising, with red’s association with blood, that it’s used on the shields of warriors. Essex, a county in southeast England, located between London and the North Sea, proudly displays its shield on its flags, on the cricket team’s badge, and on anything representing the city’s council. This ancient shield may also represent a gruesome chapter in the county’s history, called Treachery of the Long Knives when one of the founders of the kingdom had his men draw arms on land’s ruler — right before they claimed the land as their own. Maroon, aka Sanguine in family-crest language, is a powerful color. It stands for victory and fortitude, showing the courage to withstand pain during times of adversity. You can see this color in the family crest of Meghan Markle, Duchess of Sussex, who received this crest when she married Prince Harry. The beautiful crest has visual references to her homes in California and at Kensington Palace.

Bring home the colors of your own family crest by painting a room or accent wall one of these beautiful shades. Visit our color tool to find the right colors for your family and home.

Kelley Rebori has written for national brands like Paintzen, HGTV, the DIY Network and Trulia for more than a decade. She loves home renovation projects, chocolate icing and small poodles. She and her husband split the year between their homes in Tennessee and Italy. Black Houses – Reasons Behind the Trend 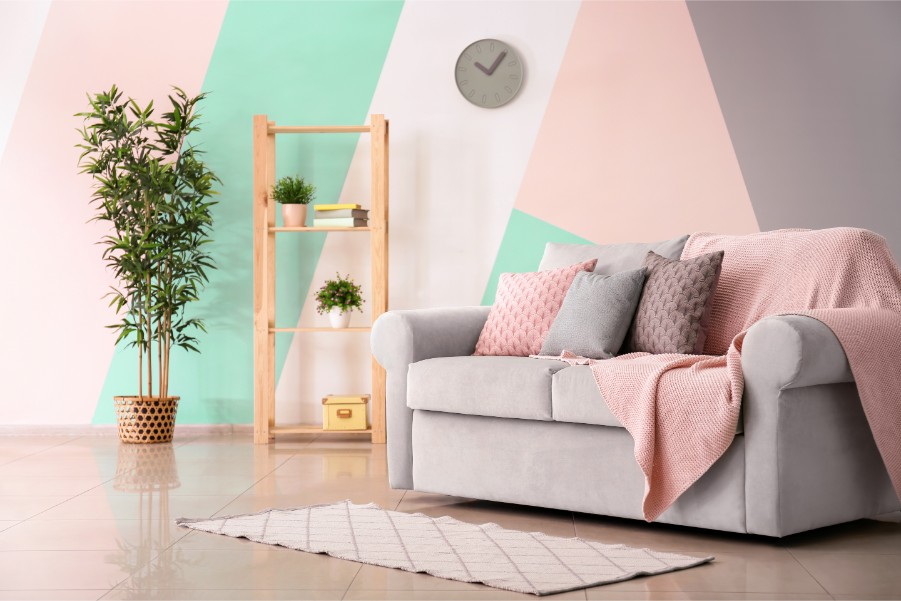 A Color Guide For Every Surface

Why Black Paint Colors Are the New Gray