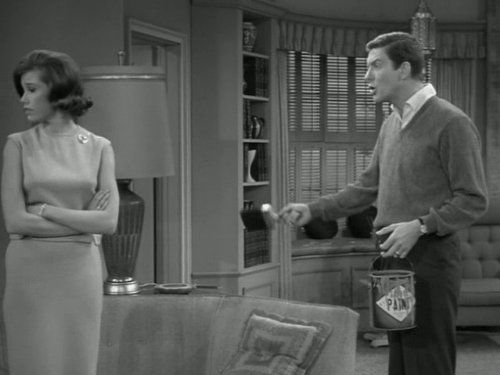 Everyone loves a fresh coat of paint on our walls. But who knew that house painters themselves could be so lovable, so emotional, so funny, and so talented!

Here is a list of some of our favorite house painters from TV and Movies.

Who could forget Eldin Bernecky, Murphy Brown’s lovable house painter. A talented painter with a knack for the beautiful and socially relevant mural.

House painter may not be at the top of his resume, but Ryan Gosling’s character in Blue Valentine, Dean, transitioned into the house painting profession after his time in the moving industry.

Jennifer Aniston, in the 2002 film The Good Girl, found herself married to John C. Reilly’s character, Phil. When Phil wasn’t busy annoying his wife, he was a painting contractor.

A memorable moment in Paul Newman and Robert Redford’s film, The Sting involved an elaborate scheme involving a Western Union and a couple of office painters.

6) Tim Allen – Crazy on the Outside

Tim Allen has done it all. From his time on Home Improvement to voicing Buzz Lightyear. In his 2010 movie, Crazy on the Outside, Tim Allen takes on the role of a professional painter as he tries to get back on his feet and start up his father’s painting business.

In this episode of the Dick Van Dyke Show, Rob (Dick Van Dyke) makes a mess on the wall and tries to fix it himself. But his DIY painting project didn’t go as planned. He hires an inspired and excited painter, played by Vitto Scotti, to finish the job – and a bit more.  Watch the entire episode here!

At Paintzen, we can’t promise that your house painter will be as funny or beautiful as any of the painters listed, but what we can promise is that we offer an exceptional painting service and our house painters will do a great job on any project you have for them, even painting a custom mural or design for your office.

Pro Tips for How to Remove Paint from Clothes